Envy is the pain we feel over another’s success. I call envy “the most common problem that nobody has” because, while we don’t think we have a problem with it, we know lots of people who do. It has the potential, single-handedly, to quench the flow of God’s blessings in our lives and hinder the unity of the body of Christ.

To gain greater understanding in how to overcome the beast of envy, take a look at the book upon which this short film is based: ENVY, The Enemy Within 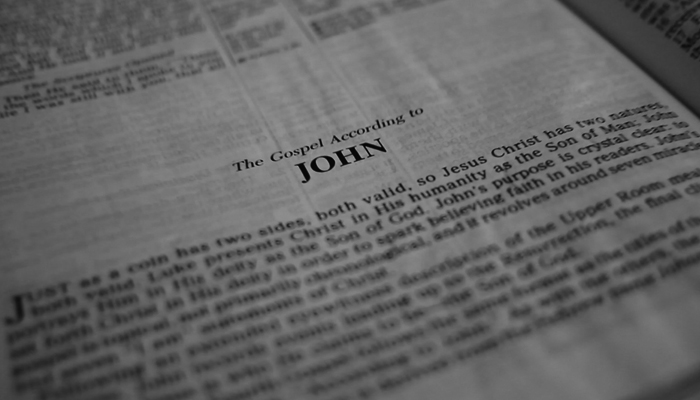 When did the Gospel era officially launch? Where should we draw the line between the Old and New Covenants?

The answer to this question is immensely important. There are voices in the body of Christ that place the line in the wrong place, producing teachings that are very harmful to the body of Christ. Hence, this post. I am writing to identify where this line needs to be drawn, and why this is so important.

The line is drawn usually in one of two places: Either at the beginning of John the Baptist’s ministry, or at the Day of Pentecost. The second option is the wrong answer. When some suggest that the Gospel era was not launched until the Day of Pentecost, they assign the life, ministry, and teachings of Jesus to the Old Covenant era. In so doing, the teachings of the Gospels get labelled as Old Covenant truths—truths which are not as compelling or binding upon believers as the truths in the epistles. Thus, the teachings of Christ are improperly assigned secondary weight or significance. This error is contributing to much false teaching in the body of Christ, both past and present.

There ought to be no question as to when the Gospel era began, for the Bible itself tells us clearly in two passages. First of all, Mark in his Gospel identifies “the beginning of the gospel” with the advent of John the Baptist’s ministry:

The beginning of the gospel of Jesus Christ, the Son of God. As it is written in the Prophets: “Behold, I send My messenger before Your face, who will prepare Your way before You.” (Mark 1:1-2)

The second witness is from the mouth of Jesus Himself, who drew the line between Malachi and John the Baptist:

And from the days of John the Baptist until now the kingdom of heaven suffers violence, and the violent take it by force. For all the prophets and the law prophesied until John. (Mat. 11:12-13)

The Gospel era was launched with the ministry of John the Baptist. Get this clearly: The Gospel is in the Gospels.

Those who place the teachings of the Gospels in the Old Testament era do so because they want to be free of some of the constraints in Christ’s teachings. Jesus, who taught in the fullness of grace (Jn. 1:14), taught things that guard the gospel from excesses. When Jesus’ teachings are brushed aside, the stage is set for teachings that appear to produce freedom, but in the end lead to permissiveness, indulgence, imbalance, and even sin.

God came from heaven, became flesh, and walked among men to communicate to us the heart of the Father. There is no higher authority in all Scripture than the words of Christ. Any theological system that assigns secondary value to the teachings of Jesus Christ is to be avoided like cancer.

When the words of Christ are relegated to second place, it makes a way for imbalanced teachings about the grace of God. The grace of God can be presented in a way that enables believers to turn liberty into license.

The topic of this post is personal for me because of a time when the Lord visited me and rebuked me. I had been influenced by some authors in a certain stream in the body of Christ, and had adopted some ideas about the power of Pentecost that had, by default, minimized all that preceded the cross, including the teachings of Christ. I did not realize how wrong that line of thinking was until the Lord came to me in a clear way, rebuked me, and re-aligned my understanding in something not unlike a chiropractic adjustment. He rebuked me for viewing the teachings of Christ too lightly. I saw it clearly: “The Gospel is in the Gospels.”

Someone might argue, “But didn’t Paul say that Christ was ‘born under the law?’” (Gal. 4:4). True enough. We were not fully liberated from the law until the resurrection of Christ. John the Baptist and Jesus ministered in a unique window of time during which the teachings of the Gospel were introducing a new era, while the full provision of this Gospel was not released until the outpouring of the Holy Spirit (Acts 2). He had to be born under the law in order to satisfy the law’s requirements. While satisfying the law, He announced a Gospel of repentance that was greater than the law.

John the Baptist was “more than a prophet” (Mat. 11:9) because his ministry wrestled the Gospel era into human history. He paved the way so that Jesus could give us the glorious teachings of the Gospel.