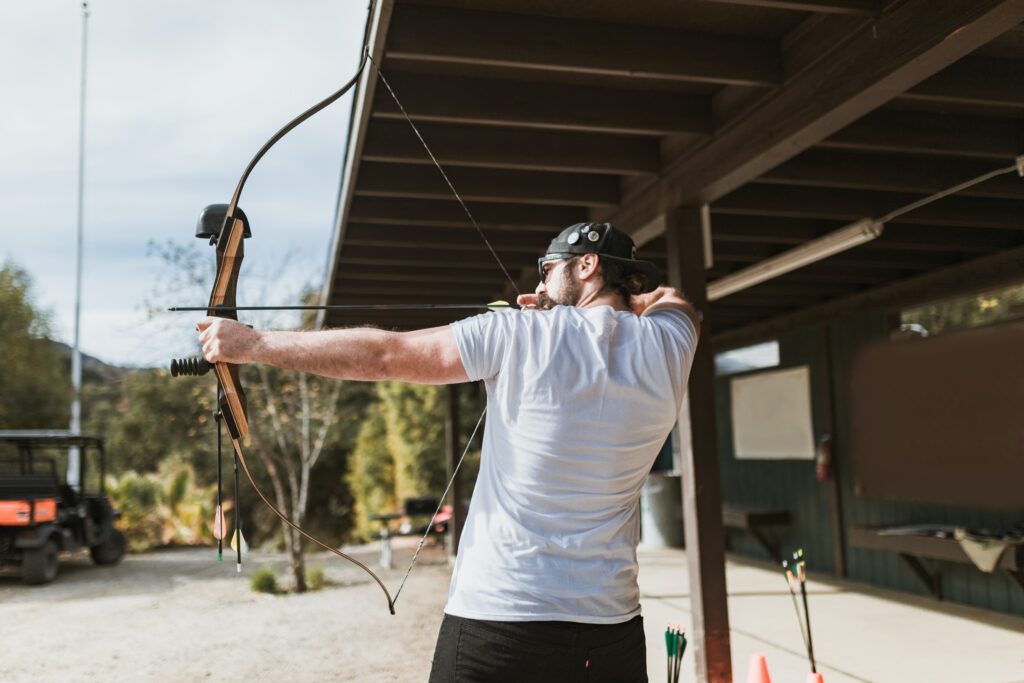 Isaiah 49 is one of my all-time favorite chapters in the whole Bible! In that chapter, Isaiah described Jesus as a polished arrow: “And He has made My mouth like a sharp sword; in the shadow of His hand He has hidden Me, and made Me a polished shaft; in His quiver He has hidden Me” (Isa 49:2).

Speaking through Isaiah, Jesus spoke of Himself as an arrow that was polished and then, once fully prepared for deployment, hidden in the Father’s quiver. He was speaking specifically about His first thirty years on earth. He was polished and prepared years earlier, but was hidden in the Father’s quiver until He turned thirty—the right time for His deployment.

Based on Jesus’s example, here’s the principle to glean: God will polish and prepare you for your assignment and then, once fully ready, sometimes He’ll put you back in His quiver and keep you in a quiet place of readiness until the time comes for your release and deployment.

You’re an arrow in the hand of God, and He polishes you for a couple reasons. First, He wants you to fly straight and hit the mark with full impact. Second, He doesn’t want to be stung by your deployment. Let me explain that second point.

In Ezekiel 21:11, a military weapon was polished “that it may be handled.” For example, if an arrow is deployed with rough or jagged areas on its surface, it can cut or wound the archer’s hand as it passes between his fingers. The archer will remove imperfections from the arrow’s surface by polishing, therefore, so that he’s not hurt as the arrow is released.

It’s possible for an arrow to hit its mark but, in the process, leave the archer smarting.

I don’t want to be an arrow that hits the mark but leaves God regretting that He deployed me. I want Him to polish me so He can enjoy me throughout the entire battle.

There are several people in Scripture whose stories illustrate Isaiah 49:2, that is, they were polished and prepared and then hidden away in God’s quiver. In some cases, they were used for only one significant deployment.

For an example, look at Ananias of Damascus. The book of Acts records only one deployment of Ananias—when he prayed for Saul of Tarsus—but that deployment was so significant it was included in Scripture.

Saul—who was later named Paul—traveled to many cities to arrest believers. Why was he apprehended by Jesus as he approached Damascus? Why Damascus? Answer: Because Jesus had a polished arrow in Damascus.

Ananias was polished, ready, and hidden in God’s quiver in Damascus. When Saul came to town, God was able to reach in, take hold of Ananias, and release him to minister to Saul. A lifetime of polishing had prepared him for one remarkable, unforgettable deployment.

Has God polished you? But now that you’re ready to step into your assignment, do you feel hidden and tucked away? Remain faithful to your Lord because one day He may reach into His quiver, draw you out, and use you for historic change.

Are you willing for a life of polishing and hiddenness, if it’s all simply for one history-changing deployment?

In the Greek, it’s a single word, and could be literally rendered, “Act the man.” Or, as one  interlinear translates it, “Play the man.”

To say it in a contemporary idiom, we could say, “Man up.”

This call to courage from the apostle Paul mirrors the Lord’s call to Joshua, “Be strong and of good courage” (Joshua 1:6).

I sense the Lord saying to us, Move forward in 2023 with boldness and bravery.

This is not a year to shrink back, or be intimidated, or reserved, or self-preserving. Don’t simply play it safe. Rather, obey the call of the Lord with courage and strength.

There are lots of reasons in 2023 to be cautious, timid, reticent, tentative, apprehensive, afraid. Following Jesus is more unpopular today than I can remember in my lifetime. But all those reasons for caution are based in human evaluations of the terrain before us. None of those reasons to be nervous or hesitant proceed from the Holy Spirit.

Yes, we should be wise, discerning, fully alert, and self-controlled; but not timid and self-preserving.

Jesus demonstrated this kind of bravery when He stroke forward toward Calvary.

Do you face fearful threats, potential danger, or possible backlash in 2023? Man up. Be brave. Put on the full armor of God, take your stand, and step forward in obedience to the Holy Spirit.

Bob presents the message of this post in a 3-minute video on YouTube. To watch it, go here