This book this film is based on celebrates God’s goodness to chasten. It will help you make sense of inexplicable trials, strengthen your resolve to endure, and reveal how chastening can qualify us for a higher entrustment in the kingdom. By the time the story’s written, you’ll be healed and trained for greater service.

Bob’s book on this important topic is available here: http://tinyurl.com/hj2zhl5 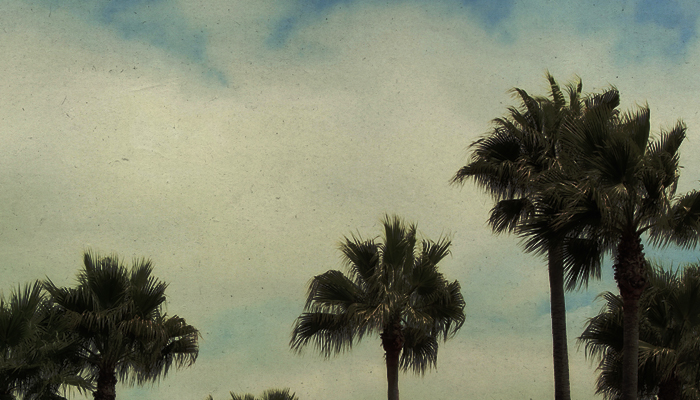 The righteous are likened to trees in several Scriptures, and specifically to a palm tree in Psalm 92:12, “The righteous shall flourish like a palm tree, he shall grow like a cedar in Lebanon.”

Palm trees grow in tropical climates, under conditions that would be deadly to some types of trees. But that which is deadly to another is life-giving to a palm.  In fact, the hotter it is the more the palm seems to flourish. The righteous flourish in heat—that is, in times of distress, trial, and persecution.

One of my favorite passages that likens believers to trees is Psalm 1. Look at verse one.

“Blessed is the man who walks not in the counsel of the ungodly, nor stands in the path of sinners, nor sits in the seat of the scornful.”  The progression of walk, stand, sit points to the manner in which sin can progressively snare the soul.

We are not to walk “in the counsel of the ungodly”—which reflects ungodly values.  You talk about your marriage to somebody at work, and he says, “I wouldn’t put up with that, if I were you!”  The counsel of people in the world will always reflect their ungodly values.

We are not to stand “in the path of sinners”—which is a reference to ungodly morals.  It may be seem relatively harmless, on the surface, to join the men at work for a “guy’s night out,” but it’s dangerous to stand with others who are sinning, even if you are not sinning directly yourself.

And thirdly, we are not to sit “in the seat of the scornful”—this speaks of ungodly attitudes.  If we hang out with people of the world, we’ll begin to talk like them, and even think like them.

The psalmist proceeded to describe the godly man who avoids all that other stuff:  “But his delight is in the law of the LORD, and in His law he meditates day and night. He shall be like a tree planted by the rivers of water, that brings forth its fruit in its season, whose leaf also shall not wither; and whatever he does shall prosper” (verses 2-3).

The godly man, the verse says, is like a tree.  When I think of a tree, I think of the following qualities:

The man of God goes through seasons.  Just like in the created order, we experience spring, summer, harvest, and winter.  Not all of life is characterized by harvest.  There are also dry seasons, cold seasons, damp seasons.  But the godly man progresses normally through all the seasons of life, and has a consistent history of fruitfulness at the right times.

The man of God doesn’t always look good.  In winter, he may lose his leaves.  But mark this:  in the drought of summer his leaves never wither.  Grass nearby is parched and yellow, but the godly man is green and verdant—because his roots go down into the riverbed.  He has tapped into the lifesource of the Holy Spirit, and when others are withering, he is refreshed from a hidden water source.

3. Stands out as a landmark.

Trees are often used as landmarks because they stand tall against their surroundings.  Similarly, the godly man rises in stature and stands tall above the others who surround him.  Among the employees, he is exemplary.  He is an example to his family.  His life is noticeable, compelling, and noteworthy.

Like a tree, the man of God is shaken at times by the winds of life.  Difficulty might leave him really rocking.  But he’s never uprooted and moved.  He has longevity because he’s deeply rooted in the grace of God. Long after others have been moved off by this or that, he continues to stand, strong and stable.  He’s a pillar in his community because he has not succumbed to the popular temptation to pick up and move to another state at the first whiff of adversity.

5. Provides shade for others.

Because of the qualities of Jesus that radiate from the godly, he or she is a source of refreshing and relief to others.  A tree doesn’t have to try to provide shade, it just happens.  In the same way, the godly refresh the hearts of others continually and effortlessly.

6. “Whatever he does shall prosper.”

That is both a promise for the tough times, and a reality that will inevitably manifest.  He is blessed because he has found a place of special affection in the heart of God.  And in the final analysis, that is the ultimate reward of the godly:  the smile of Jesus.