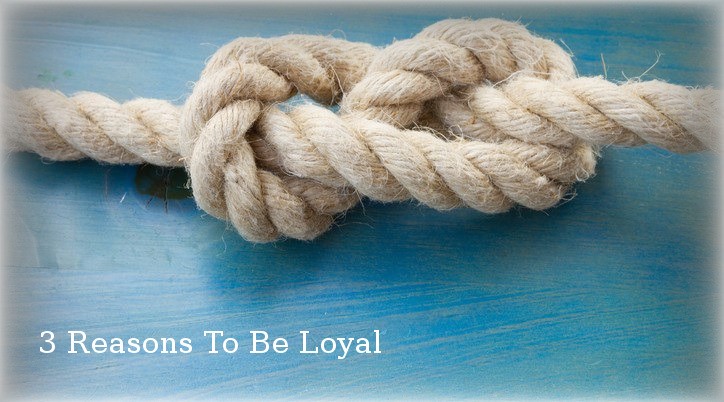 Loyalty is a glorious, godly quality which is rightly to be celebrated. That’s why I’m glad it has taken a more prominent place in the minds of Americans today. Misconceptions about its true nature abound, however. Loyalty that is coerced or required is not loyalty but servitude. I’d like to use this brief post to identify the three things upon which loyalty must be built.

Before I get to that, though, I want to point to three things that loyalty is not based upon. First, loyalty is not expressed in silent acquiescence. It’s bold enough to disagree with a leader and speak the truth when necessary. It’s not loyalty unless it’s willing to confront. Silent submission isn’t loyalty, it’s foolishness.

Secondly, it’s not romantic unrealism. It doesn’t have an unrealistic view of a leader’s greatness. Loyalty actually sees the weaknesses, quirks, and foibles in a leader, but is willing to stay because of a fundamental conviction about the leader’s integrity, proven effectiveness, and favor under God.

Yes, loyalty is conditional. It has a very concrete, substantial basis which must not be violated. Why, then, would someone be loyal to a leader? For three reasons.

1. Humility. Humility earns our loyalty because it’s realistic and wise. When you see a leader walking in authentic humility before God, you’re safe to give your heart.

2. Truth. Loyalty devotes itself to a cause where truth is valued and preserved. When you find fierce adherence to the truth of God’s word, it’s safe to give your heart in loyalty.

3. Righteousness. When a leader is walking in blamelessness and purity in his or her personal life in moral areas such as sexuality and financial integrity, then join the team and give your heart to the cause.

Leaders who display these three qualities are following in the legacy provided by our Master, of whom it says, “In Your majesty ride prosperously because of truth, humility, and righteousness” (Ps 45:4).

If a leader becomes arrogant, or abandons truth, or compromises his or her righteousness, gather your stuff and move on. The only reason to stay is if that leader repents and returns to these three values.

Leaders, give us three reasons please to be loyal to you. Demonstrate an unbending commitment to truth, humility, and righteousness.

This post is adapted from Bob’s book, LOYALTY: The Reach of the Noble Heart. You can find it at https://oasishouse.com/collections/bobs-books/products/loyalty-the-reach-of-the-noble-heart 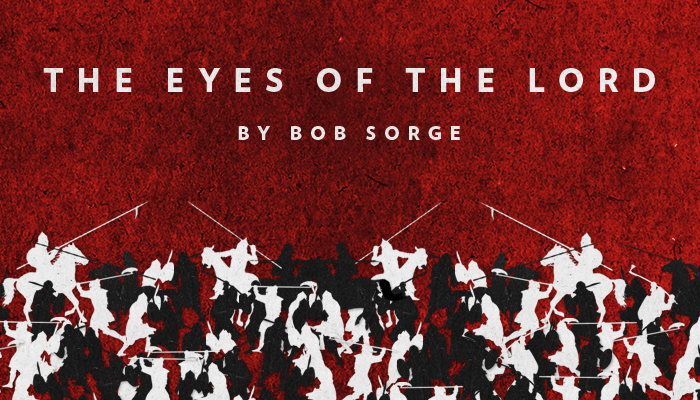 In this post I want to show how gloriously God responds to those who maintain their loyalty to Him. Here’s our text:

“For the eyes of the LORD run to and fro throughout the whole earth, to show Himself strong on behalf of those whose heart is loyal to Him. In this you have done foolishly; therefore from now on you shall have wars” (2 Chron. 16:9).

The verse’s context is very important. Asa was king in Jerusalem, and early in his reign he was invaded by a million-man army from Ethiopia. Asa was young, inexperienced, and resource-barren. In desperation, he cried out to God for help and deliverance: “LORD, it is nothing for You to help, whether with many or with those who have no power; help us, O LORD our God, for we rest on You, and in Your name we go against this multitude. O LORD, You are our God; do not let man prevail against You!” (2 Chron. 14:11).

And God responded! The Ethiopians were completely overthrown, and Asa returned to Jerusalem with vast amounts of war bounty. God granted a mighty victory! Asa didn’t have another war until his thirty-sixth year as king. He wisely used the decades of peace to strengthen the nation spiritually, economically, and militarily.

Unfortunately, as the nation grew in strength, Asa’s sense of dependence upon God waned. He had become rich.

His heart was tested when war again came to his doorstep. This time, it was the northern kingdom of Israel that invaded. (At the time, Israel was divided into two kingdoms, and Asa was king of the southern kingdom based in Jerusalem.) Baasha, king of Israel, came against Asa with intimidating strength. What was Asa to do?

He decided to dip into his national treasury (which was substantial by now) and hire Ben-Hadad, king of Syria, to break his treaty with Baasha. Ben-Hadad accepted the money, attacked Israel with a mighty blow, and forced Baasha to abandon his military campaign against Asa.

On the surface, Asa’s strategy seemed amazingly successful. Baasha retreated and Jerusalem was relieved. Asa’s national popularity soared. Many in the land were doubtless applauding the king for his brilliant leadership. But God wasn’t.

Hanani the seer expressed to Asa how God felt about his tactics. Hanani rebuked him for relying on the king of Syria for deliverance. He reminded him of God’s previous deliverance. When the Ethiopians invaded, Asa had relied on God and conquered the enemy. Had he already forgotten? Even though he had a history of experiencing God’s delivering power, Asa had fallen (through prosperity) to self-sufficiency and unbelief.

And then Hanani spoke these arresting words:

“For the eyes of the LORD run to and fro throughout the whole earth, to show Himself strong on behalf of those whose heart is loyal to Him. In this you have done foolishly; therefore from now on you shall have wars” (2 Chron. 16:9).

Because his heart was not fully loyal to God, Asa would now face ongoing wars during his reign.

The word “loyal” comes from a vivid Hebrew word that has various renderings by English translations: perfect, true, whole, completely His, fully committed, blameless. The meaning is that those who look to God alone for deliverance, in the hour of enemy invasion, are demonstrating a loyal, perfect, true heart toward Him.

God is actively looking for this kind of loyalty. When it says His eyes “run,” it means they are on an aggressive, high-speed search. God has seven eyes (Zech 3:9; Rev 5:6), and all seven scour the earth, looking for those whose gaze is lifted to Him for help. When God finds this kind of heart loyalty, He shows Himself strong on their behalf. He fights for them.

The context of our Scripture is all about deliverance from enemy invasion. When the thief comes to steal, kill, and destroy, God wants to answer by demonstrating His military strength and awesome delivering power. But He’s looking for singular focus.

“Behold, the eye of the LORD is on those who fear Him, on those who hope in His mercy, to deliver their soul from death, and to keep them alive in famine.”

It seems that Asa’s son, Jehoshaphat, learned from his father’s mistakes, because when Jehoshaphat was invaded by a formidable army from Edom and Moab during his own reign, he spoke up and said to the people of Jerusalem, “Believe in the LORD your God, and you shall be established; believe His prophets, and you shall prosper” (2 Chron 20:20). You should read 2 Chronicles 20 again to see how mightily God delivered Jehoshaphat from the Edomites. It’s an amazing story!

Have you been invaded by a foreign force that is trying to steal, kill, and destroy in your life? Give your heart in perfect loyalty to God, wait on Him, and He will show Himself strong on your behalf—He will fight for you. His eyes are eagerly searching for this kind of devotion!